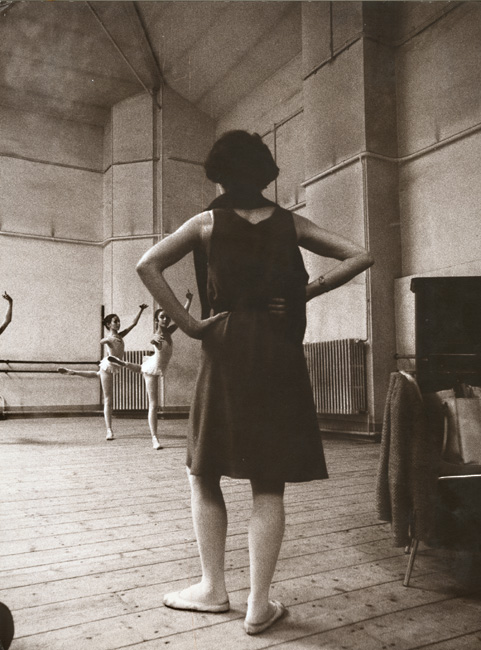 Young Ballerinas with Ballet Mistress
1973/1973
Silver print
on original mount
15-1/2 x 11-1/2 in. (394 x 292 mm)
Stamped on verso of mount.Born in 1927, Kim Camba first studied at the university, but the war interrupted his studies when he joined the Free French Forces (Leclerc Division). He received the War Cross and American Presidential Unit Citation.Camba was first a foreign correspondent, who traveled to Tibet in 1951, and stayed three months and wrote a book about his experiences. He later became a famous European comic actor of the 1950s-1970s both in the U.S. and later in France.He took the still photographs on the set of the film "La mare au diable" in 1972. He was a good friend of David Hamilton and often exhibited together with this well-known photographer. His photographs are in the collection of the Bibliothèque Nationale France.Camba passed away in 1999.
Price: $1,250  Sale: $875 (ref. 10292)